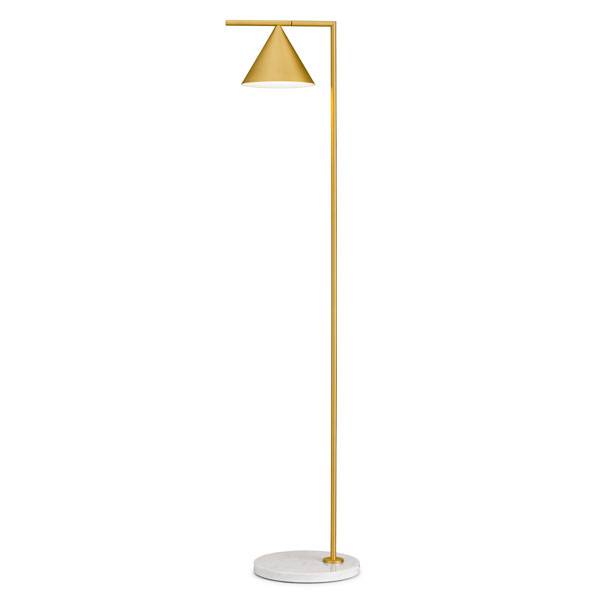 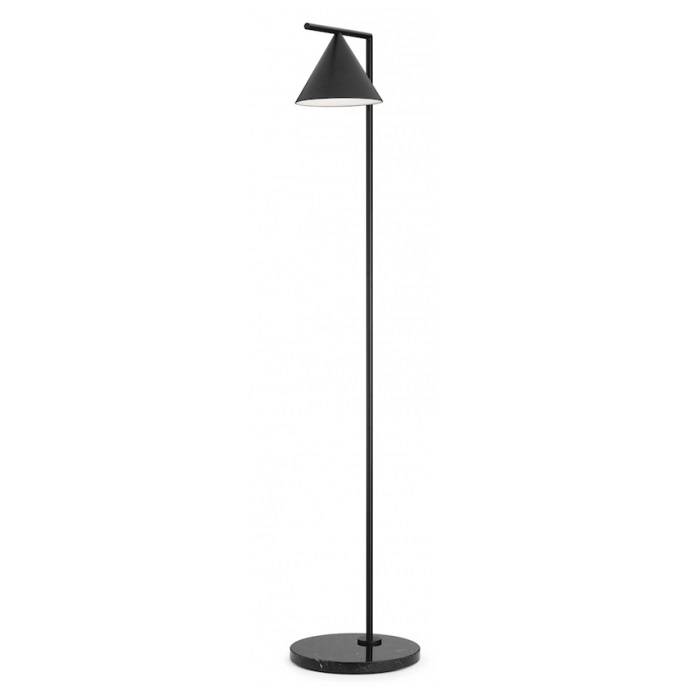 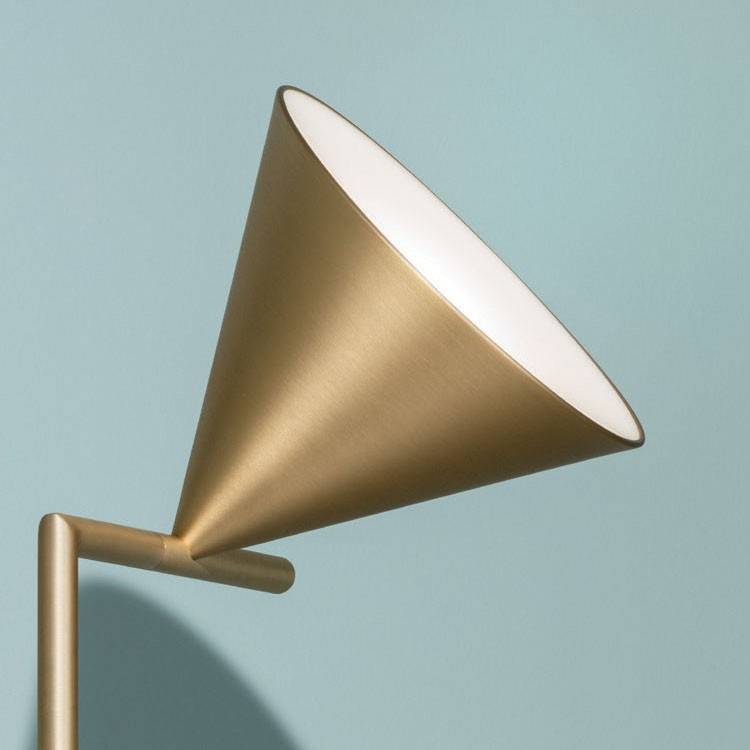 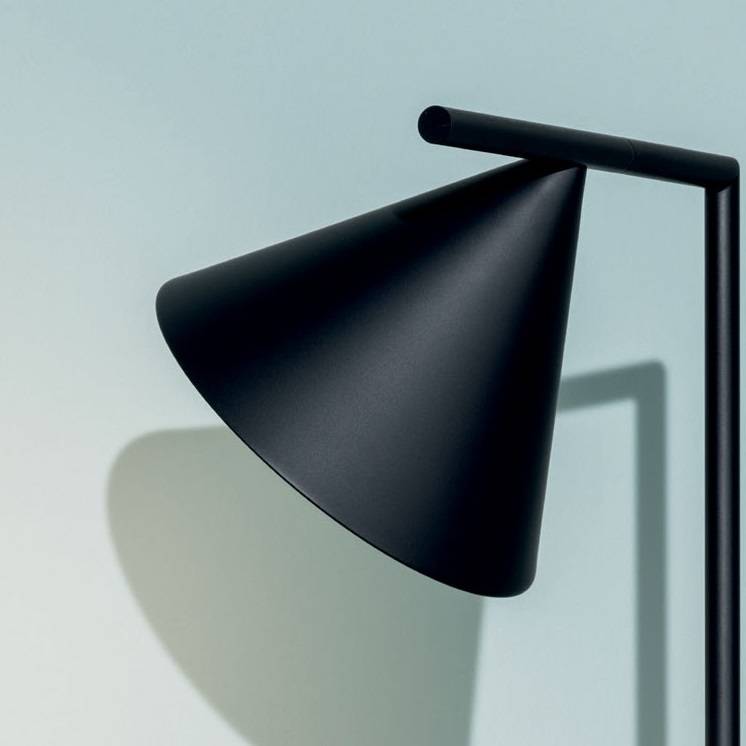 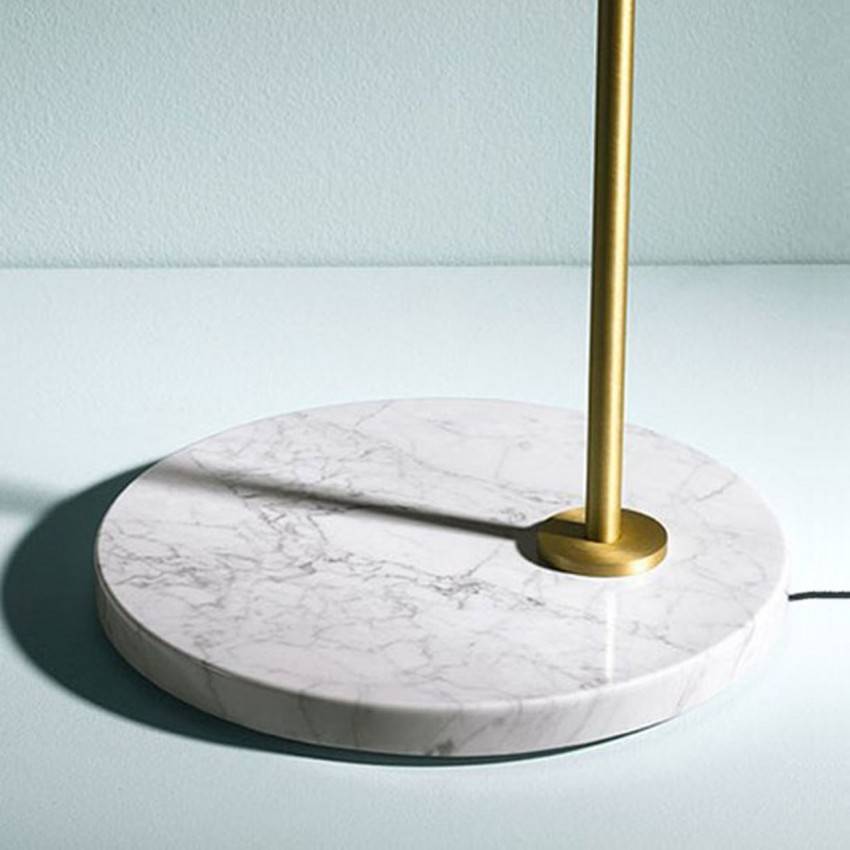 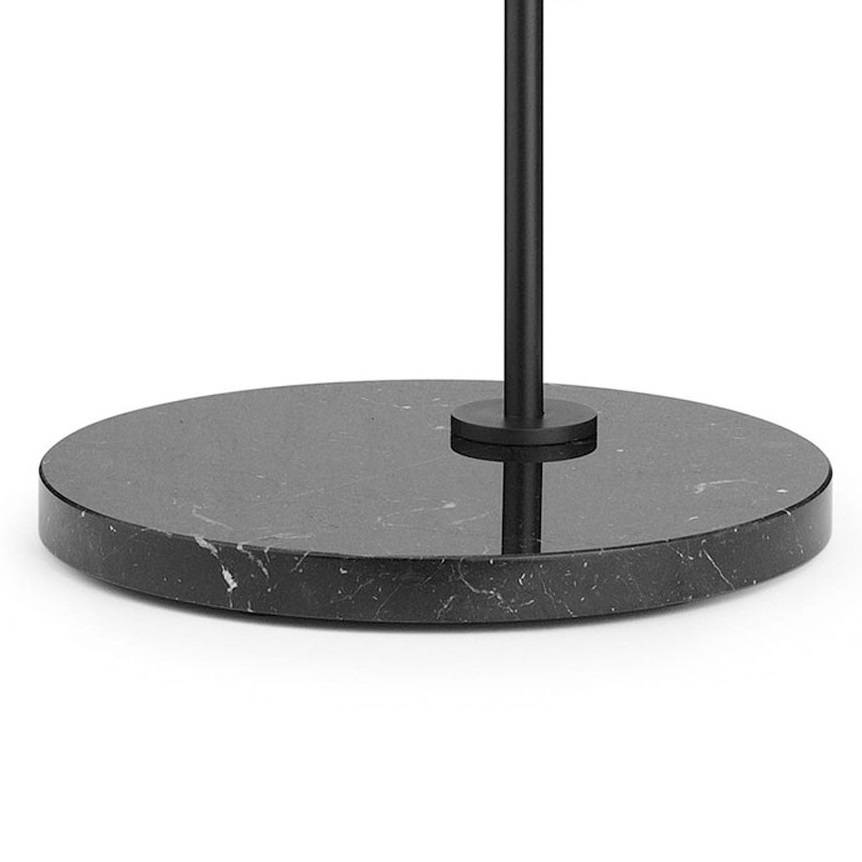 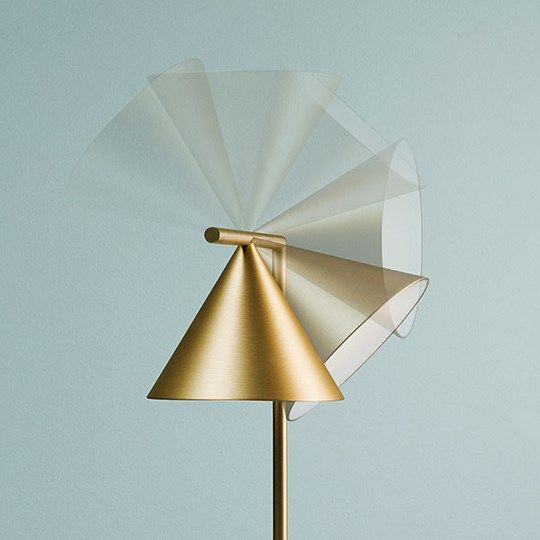 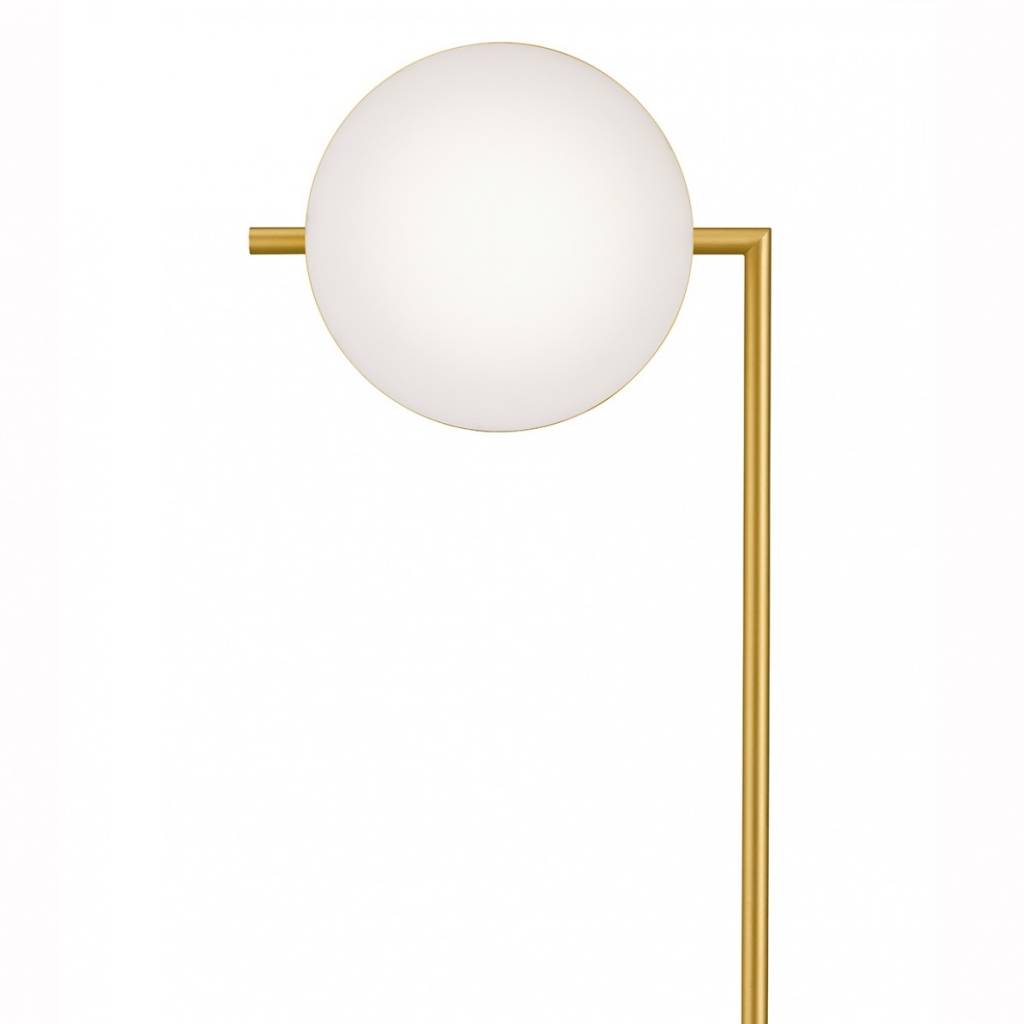 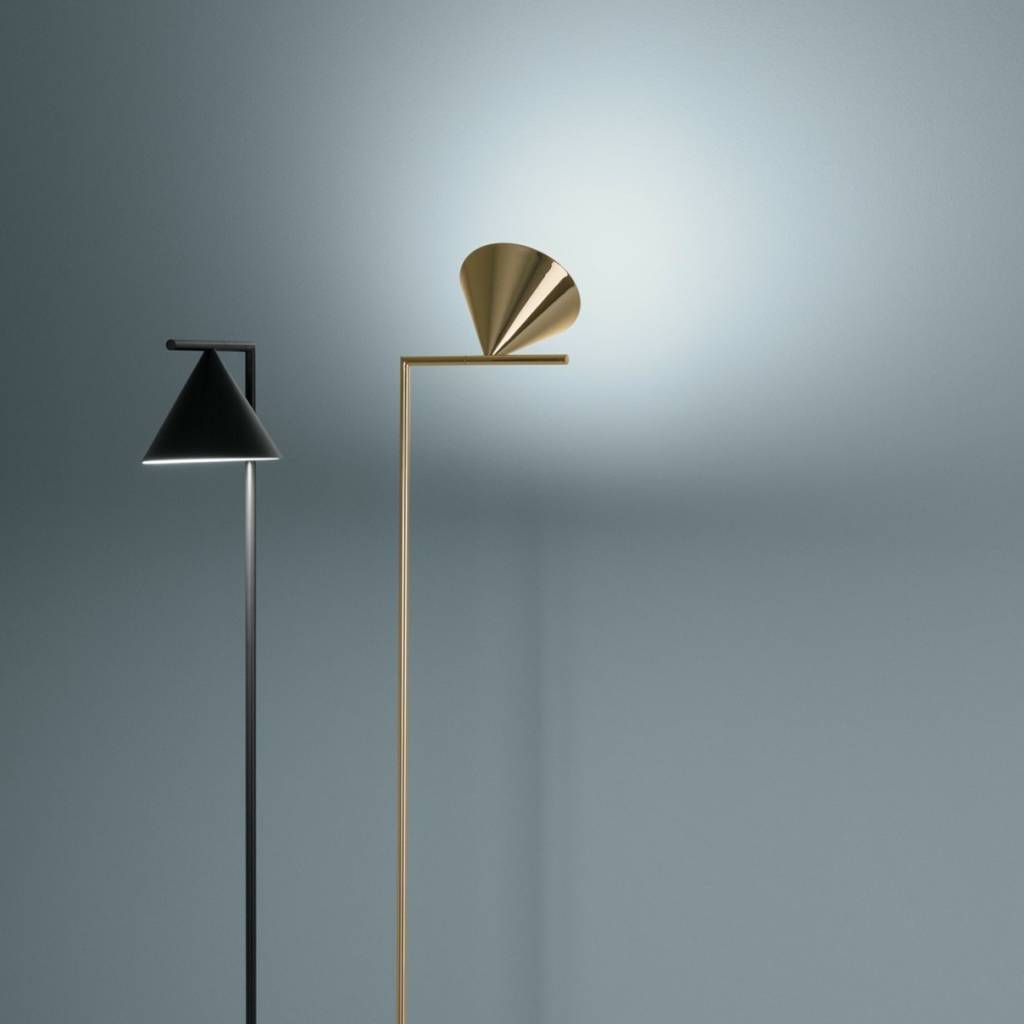 Sleek and graceful, this versatile floor lamp features smart details from head to toe.  At the top, its spinning cone diffuser provides direct light that can be repositioned. On the bottom, it is weighted by a stunning white Carrara or black Marquina marble base. Its stem and cone are available in painted steel or brushed brass. The diffuser is injection-molded opal photoengraved PC (polycarbonate). Its power cord measures 260 centimeters and features a foot dimmer switch with ON-OFF functions and 10-100% light adjustment. The plug-in power supply includes interchangeable plugs.

Inspiration behind the design:

There’s a duality to this finely balanced piece from artist Michael Anastassiades. “I wanted to design a light that was dual purpose,” he says. “It is an up lighter, illuminating the space with ambient lighting, and its rotation also offers a dim companion for reading. There’s a notion of balance, with a cone resting delicately on its point on a rotating rod.”

Michael Anastassiades studied industrial design and engineering at London's Royal College of Art and Imperial College. He founded his London design studio in 1994, and began collaborating with many respected firms, including Studio Mumbai.

Since then, Michael has worked with some of the world's leading architects, including David Chipperfield and John Pawson, as well as interior designers such as Studio Ilse. His lights can be seen in hotels, restaurants, and stores worldwide, including the Grand Hotel Stockholm, Soho House New York, and the Sergio Rossi boutiques worldwide.

Michael is particularly renowned for his lighting products. He often chooses reflective materials—such as mirrored glass and polished bronze—that appear to dematerialize his objects, and to float independently, interacting with the space surrounding them.

Besides being commissioned and collected by private patrons and clients all over the world, Michael has worked with many acclaimed designers and manufacturers, including Hussein Chalayan, Swarovski Crystal Palace, Lobmeyer, Svenskt Tenn, and FLOS. 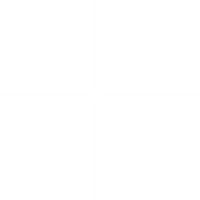